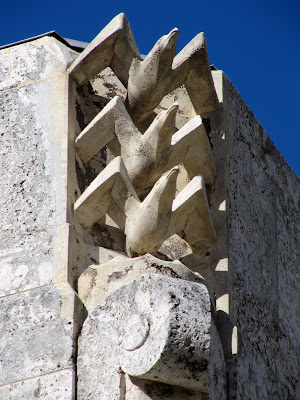 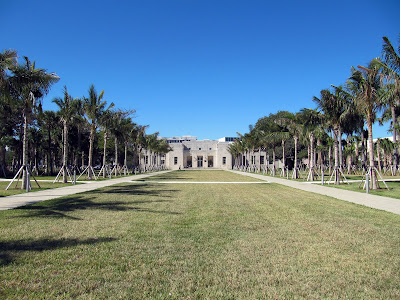 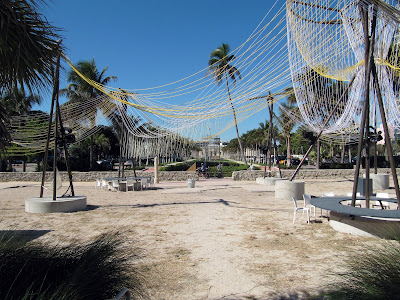 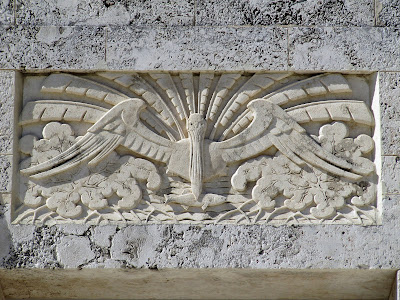 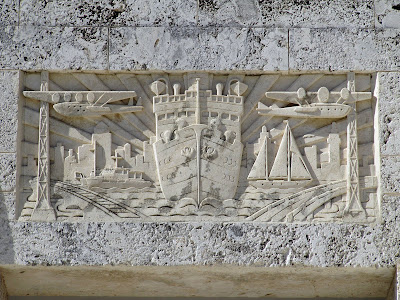 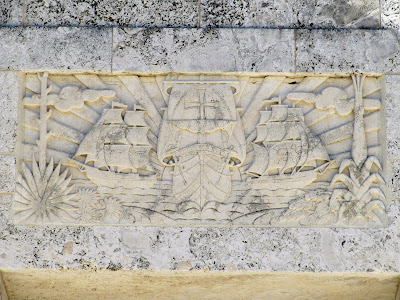 ’s Bass Museum of Art has seen some great improvements, in addition to hosting an imposing exhibition of the work of Isaac Julien. The original building was completed in 1930 as the John Collins Memorial Library and (Russell Pancoast was the architect) and terminated an ocean-facing axis within . In 1962, a new library building was constructed between the original and the ocean, blocking this axis. More importantly, the view from , the main access to the building, was blocked as well.

This began a decades-long front-back crisis for the building. After the library moved, the building was rededicated as the Bass Museum of Art in 1964. But where was its entrance? Facing the back of the new library? , a minor street? In 2000, an addition (designed by Arata Isozaki with Spillis Candela DMJM) attempted to make Park Avenue the main entrance. This entance treatment still did not feel right, since it was small and obscured from the street.

Shortly thereafter, a third library building was constructed next to the park and the axis-blocking second library was demolished. As of this week, just in time for Art Basel Miami Beach, the main entrance for the has been restored to the side. I was initially worried that the building wouldn’t be able to hold the axis, that it was simply too small.

Seen from , the Bass Museum is large enough to be a pleasant, not overpowering, surprise. There is enough mass to draw the curious pedestrian from his or her path to see the building up close. The bas reliefs and other sculptures surrounding the entrance (by Gustav Bohland) are particular treats (see top, fourth, fifth, and sixth photos). Viewed from the ocean, the is easy to miss (see third photo, with Art Basel installations in the foreground), but this latter vantage point is not as important as the one from the move trafficked Collins.

Coinciding with Art Basel, the has opened a new exhibition of the video and photographic work of Isaac Julien. This is the best art exhibit I have seen at the Bass Museum (http://www.bassmuseum.org/art/isaac-julien-the-creative-caribbean-network/). The short film “” (2003) and the multi-screen “Ten Thousand Waves” (2010) are the most engaging parts of the exhibition.

The way the nine screens are arranged in “Ten Thousand Waves” make viewing the entire piece impossible. It is an ingenious way to underscore the complexity of what is being communicated, an interpretation of the lengthy history of the most populous 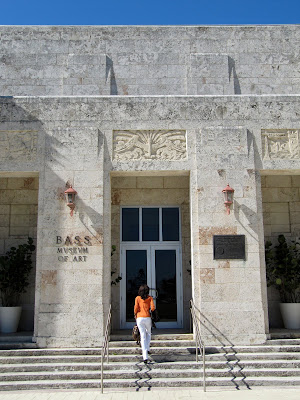 Posted by Andrew Vesselinovitch at 11:21 AM